Given the numbers, even if every teacher who has received a bilingual certification since 1994-95 was leading a bilingual classroom today (many are not), the state would have only one bilingual teacher for every 52 English language learners, or one for every 232 California students. 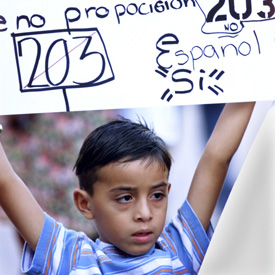 Advocates of a more culturally rich curriculum say that bilingual education’s past failures do not show a failure of the concept but of poorly constructed, under-resourced programs, not to mention the endemic socioeconomic gaps that hold back immigrant children in general.

We now know in California, that it’s not just a cool thing to have your child be bilingual, we actually know that it’s important for our children to have more than one language early on,” said Gisele Ragusa, an education researcher at University of Southern California.